The laboratory “Ciudad de Melilla”, a new project for the health sector by Gaptek

The laboratory “Ciudad de Melilla” has started to work as a Covid testing center for those travelers who come to the city to spend their holidays or return to it after spending them abroad.

The Minister of Social Policies, Mohamed Mohand, reported that one of the objectives of the launch of the laboratory is to provide peace of mind to people and, mainly, to students who live abroad and return home for holidays.

The process to carry out the diagnostic test begins with the request for an appointment by telephone once you arrive in the city. The call center schedules the day and time to carry out the test in the laboratory located in the Santiago quartering.

The circuit for carrying out tests takes 15 minutes, starting with a disinfection arc, carrying out the test and waiting for the result, certified by the doctor. The circuit was designed to avoid crowds of people, with an access for entry and another for exit.

According to the Minister, 6 appointments are being given every 15 minutes, from Monday to Saturday, both in the morning and in the evening. This allows for a constant screening of the local population. Mohand indicated that they have detected positive cases, according to the rate of positivity experienced by the city. The positives detected are told that they should be confined at home and subsequently the Epidemiological Surveillance is notified.

The ‘Ciudad de Melilla’ laboratory was completed in less than a month and will currently serve to screen the population for Covid-19, but in the future, it will be used to perform food tests, water quality studies, among others and “it is already a part of the reality of the city.” 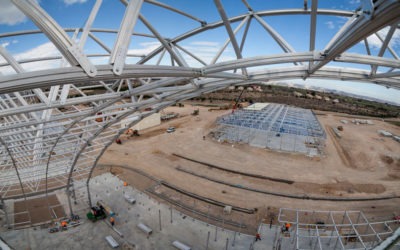 Environmental impact of the materials used in hangar construction

Gaptek has commissioned the independent consulting firm Zero Consulting to carry out a comparative analysis of the global warming potential of two materials: aluminum and steel; applied to the construction of aircraft hangar structures.To resolve this... 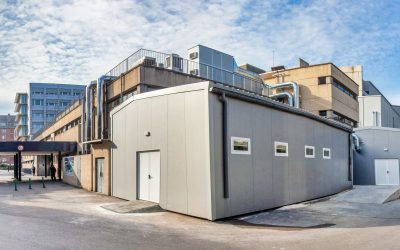 The service will add 16 room units and eight seats to attend patients with mild and severe symptoms.   Last Tuesday, the General Hospital of Granollers launched a pilot test for the operation of two prefabricated modules that expand their Emergency service area.... 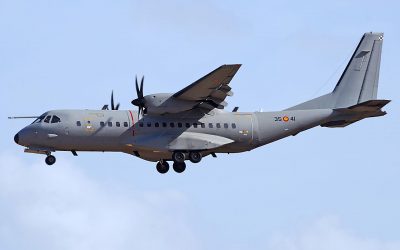