We are proud to announce the conclusion of the first project with the NSPA, the NATO Support and Procurement Agency.

The project consists on the delivery of mobile support buildings for the new unmanned aerial vehicles (UAV) of the Air Force of the Spanish Ministry of Defense. These buildings, including the UAV hangar, are located at the Talavera la Real Air Base (Badajoz) and are used by the Air Force unit Ala 23.

The set of buildings are:

On the other hand, we would like to emphasize that the project of a drone hangar and support buildings has been carried out in a record time. The total assembly time of the whole project was of less than two months.

In addition, the UAV hangar, as well as the rest of the buildings, are designed to handle all climate conditions such as wind, snow and earthquake loads and the control of thermal insulation. Therefore all the weights and volumes are minimized to be easily transported in all scenarios.

Also, the design and engineering of the Gaptek System allows these buildings to be transported in 20 ft. ISO containers in aircrafts used by the Spanish Air Force, such as the C-130 and A400M.

As for the construction of the drone hangar and support buildings, the military staff have been instructed so that they can autonomously assemble all the buildings. 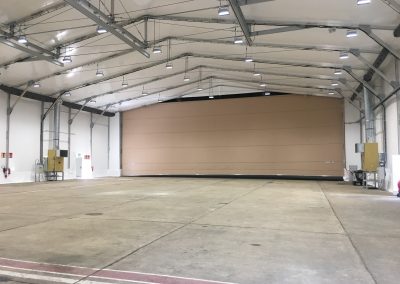 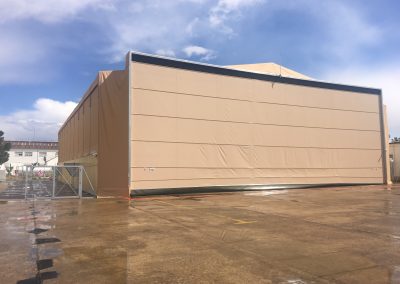 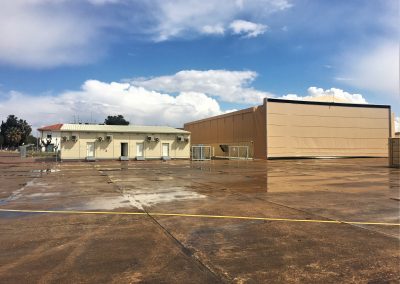 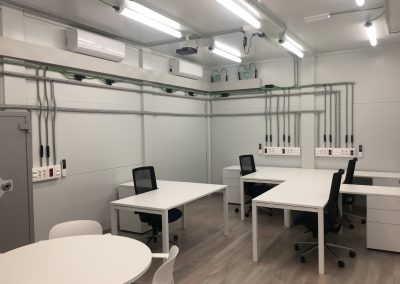 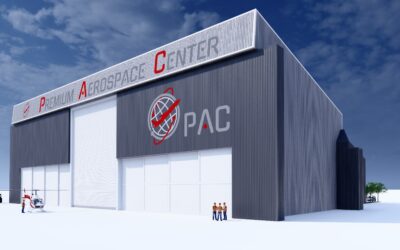 Gaptek and Premium Aerospace Center (PAC) starts to carry out the extension and adaptation of the hangar in Burns Flat, Oklahoma, USA.This first phase of the project is focused on expanding the current PAC hangar. The new hangar will measure 60 meters wide, 20 meters... 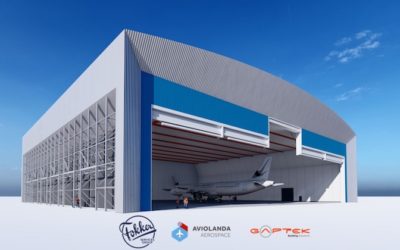 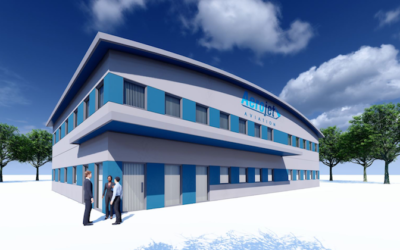 GAPTEK has partnered with Aerojet Aviation on the construction of its new Temporary Aviation Training Facility in Ghana.